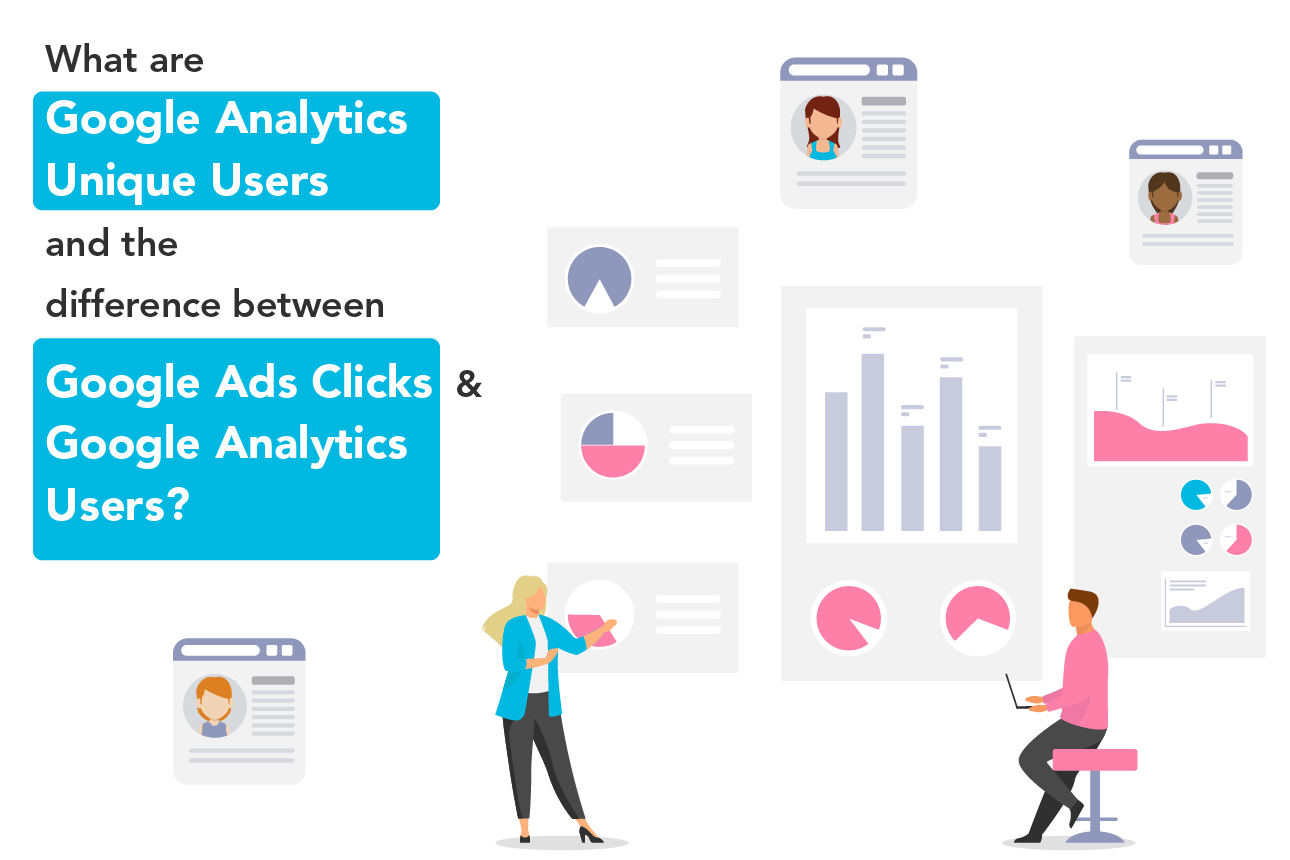 Google Analytics Unique Visitors is the number of unduplicated (counted only once) visitors to your website throughout a specified time. E.g.- if you browse to an advertisement regarding some sale while sitting in the office and browse it again when you get back home. The overall users to that page are 2, but the unique user count is 1. That’s why Google Analytics Unique Users is a great metric to analyze the number.

There are certain discrepancies in measuring clicks and users, but the wonderful thing about online marketing is you can measure everything.

Always, we should keep in mind that when we measure with advanced tools like Google Analytics and Google Ads, it isn’t always straightforward.

Both Google Analytics and Google Ads are the wider part of Google but they work differently. In this blog, we’re going to explore the main differences between these two tools and give you the insights you need to understand both.

1. What is a User in Google Analytics?

In Google Analytics, the metric “Users” is defined as “the total number of users for the requested time”. Unless you have engaged the Google Analytics User-ID feature, a user is technically a unique Google Analytics Client ID, which anonymously identifies a browser instance. Users are being further categorized into 2 categories:

New Users: New users are users who never visited your website. When someone views your website, Google’s tracking snippet looks for a tracking cookie on their device. If the cookie is not present, Google creates one and considers this a ‘new’ user.

Returning Users: Returning users have visited your site before. If Google tracking snippets find the cookie, Google considers this a ‘returning’ user and starts a new session.

How to Measure Users in Google Analytics:

For Google Analytics to determine which traffic belongs to which user, a unique identifier associated with each user is sent with each click. This identifier can be a single, first-party cookie named _ga that stores a Google Analytics client ID, or you can use the User-ID feature in conjunction with the client ID to more accurately identify users across all the devices they use to access your site or app.

Ad clicks are the total number of clicks on your ads. Whenever someone clicks on one of your ads, this will be recorded in your Google Ads account. This is then added to the total for that week. More clicks are usually a good sign, as it means more people are visiting your website from the ad.

3. The Differences between Clicks and Users:

Now we know that a click and a user are essentially the same things. After all, when a user clicks on your ad, then users to your site it is being counted as one user.

Below are some key differences to be aware of these two metrics.

Generally, the data in Google Ads and Google Analytics is considered consistent. That being said, there are a few circumstances in which the data can differ.

Below are a few important things to keep in mind:

Google Ads tracks Clicks, while Google Analytics tracks Users. If a user clicks your ad twice in 30 minutes without closing the browser, this will be registered by Google Analytics as one user. It doesn’t matter if the user left your site and returned ten minutes later. It’s quite common for people to click an ad, view the site briefly, and then click the back button to return to the search results. Shortly after, they may click your ad a second time. In this case, Google Ads registers two clicks, but Google Analytics registers just one user.

While it seems like Google Analytics is choosy about what it registers, the reports in Analytics show everything. Conversely, Google Ads filter clicks out of your reports. This is to get rid of invalid clicks or instances where people were repeatedly clicking on an ad to skew your cost-per-click (CPC) or click-through rate (CTR) metrics. Thankfully, you won’t be charged for these clicks, and Google Ads will filter them out so your report focuses on genuine actions.